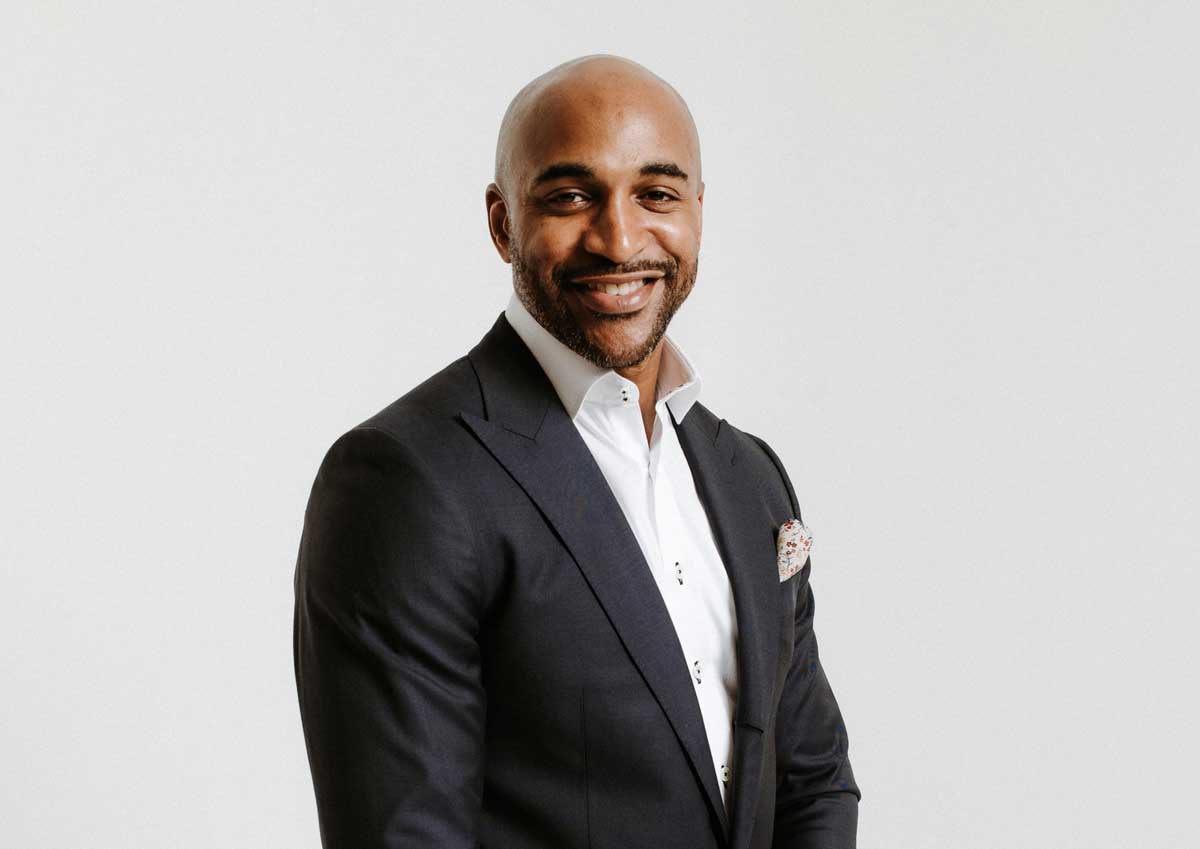 On the outside, anyone can look like they have it all figured out. From wealth and career success to industry recognition and international renown, even some of the world’s most inspirational leaders have fought private battles with alcohol addiction. In this week’s Leadership Spotlight, we highlight David Tyree’s journey as an NFL giant, dedicated husband and father, sports analyst, advocate, host, entrepreneur, and sober mentor who shares the importance of remaining steadfast in the ways of Jesus Christ.

What comes to mind for many people when David Tyree’s name is mentioned is the highly-successful NFL wide receiver who went on to become the Director of Player Development before pursuing numerous successful entrepreneurship ventures. However, most don’t know that David overcame personal battles with drug and alcohol addiction, before embracing the love of Christ and going on to lead sober with a thriving career and a flourishing family.

David was 14 years old when he and a friend got drunk for the first time. Although the experience wasn’t a positive one, it solidified a sense of camaraderie and would set the tone for his relationship with alcohol. By his junior year of high school, his home had gained a reputation as a haven for revelry and carousing. His mother refused to have him out causing mischief on the streets. Instead, she purchased alcohol and permitted David and his friends to drink in her home. This continued throughout high school without any devastating effects, but David didn’t realize that his relationship with alcohol was hindering his ability to thrive in social situations without being intoxicated—something that would become far more destructive as he entered university where the social aspect was amplified.

David’s natural talent and drive for football were recognized early, and he received a full scholarship to Syracuse University. While this was a dream come true, his binge drinking worsened. He started to experience blackouts and severe lapses in judgment. This was celebrated among his peers as a normal part of the university experience, but he became increasingly uncomfortable with waking up without any memory of the night before. He recalls waking up naked in a stranger’s apartment without recollecting what had happened. This was laughed off—and even cheered on—by his social circle.

Despite his reservations, alcohol remained a social lubricant, what he thought was part of his identity, and a means to obtain acceptance from his peers. The first real alarm bell came when he was confronted by his now-wife, Leilah, who brought attention to his relationship with alcohol during his freshman year. Already confident that this was the woman he would one day marry, he promised he would remain sober for one month.

The experience confirmed what had, deep down, been his greatest fear—that most of his social life was centered around alcohol. Without it, he didn’t know where he fit in. When the month was up, he returned to binge drinking. He could sense himself starting to lose control.

David was drafted by the New York Football Giants in 2003. To anyone watching his trajectory, this was a defining moment that set him firmly on the path to success. But being back home in Montclair, New Jersey, only worsened his growing alcohol addiction. He had an incredible rookie season on the field but was constantly late for meetings and fined for his behavior. As the season ended, he was drinking and smoking marijuana daily, and even made the decision to start selling marijuana.

After obtaining marijuana from a dealer in New York City, he was pulled over by a state trooper and arrested for possession. While sitting in a jail cell in Ft. Lee, he came to terms with the fact that he desperately needed help. For all his accomplishments and athletic achievements, he was alone and had no answers for the problems threatening to destroy his relationship, growing career, and life. For the first time in his life, he called out to God for help.

A week later, David was invited by his aunt to join her at her church. That day, he found himself in the back of the church, balled up and crying. Jesus had encountered him and saved him. At that moment, he became a new person and was no longer a slave to his vices. He had a glimpse of what kind of father, husband, and athlete he could be without alcohol—and he instantly knew he wanted to experience that freedom. Restored physically, emotionally, and recreationally, he was able to begin his journey to overcoming alcohol addiction with one touch from Christ.

David had his last drink in 2004 and continued playing for the Giants, going on to make what many consider the best play in Super Bowl history against the New England Patriots in Super Bowl XLII. He and Leilah are devoted parents to seven children and, together, they have successfully founded Next In Line, a counseling project for children in Livingston, New Jersey. In addition, the couple launched Clean Juice Morristown, a 100% certified organic juice bar that empowers their community with access to healthy meals and all-natural smoothies.

David is also an acclaimed motivational speaker who galvanizes people to action with inspirational topics such as empowering yourself to thrive, taking advantage of opportunities, and what it means for men to be protectors and providers. In his podcast, Catch the Moment,  David and special guests give people from all walks of life insight into how they can overcome obstacles that are common to all of humanity. His podcast is available on YouTube, Spotify, and Apple Music.

More than a feel-good story, David’s journey is an example of finding your purpose and fulfilling your destiny. Visit his website to learn more about David’s adventures through life, listen to his podcast, or hear his motivational talks.

If you see aspects of your own life in David’s story, it’s never too late to make a positive change. While the world may see you as a leader, you might be facing internal battles that are holding you back from achieving your full potential. Leading sober only works to maximize your impact, and empowers those around you to thrive too.

Are you ready to become a sober leader for yourself, your family, and your community? Get in touch with us at Lead Sober for confidential coaching that empowers you with the tools and resources you need to overcome addiction and become the high-achieving leader you are meant to be.